In the 1980s our comforting illusion that we had conquered plagues through our discovery of vaccines and antibiotics was shattered by the arrival of AIDS.  But AIDS is just one of many emerging plagues for which we have, as yet, no cure.  Even the great killers of history – TB, cholera, bubonic plague – are making a comeback, often resistant to the drugs that once controlled them.

In this book, Frank Ryan goes into the front line of the fight against epidemic disease, to take a long hard look at what is happening and why.  You will find many vivid descriptions and some terrifying facts.  But the author’s interest went beyond merely frightening people.

He wanted to know where viruses such as HIV, the cause of AIDS, came from and why they behaved in such a lethal fashion.  To answer such questions, he has advanced a radical new evolutionary theory, `Aggressive Symbiosis’.  This theory has proved controversial but it was welcomed by leading authorities in reviews in The New York Times and the Los Angeles Times.

WHAT THE REVIEWERS THOUGHT OF THIS BOOK:

“Extremely well written … Frank Ryan has the page-turning and spine-chilling ability of a good novelist.”  Matt Ridley, The Sunday Telegraph.

“Compelling and frightening … the plot could not be bettered.”  Michael Smith, The Scotsman.

“Ryan is very good at making technical matters comprehensible to the lay reader but more impressive still is the way he conveys the intellectual excitement and elation of scientific discovery.”   Anthony Daniels, Literary Review.

“Ryan takes us through the drama of discovery and challenges the notion that certain questions are too appalling to contemplate.”  David Bradley, New Scientist. 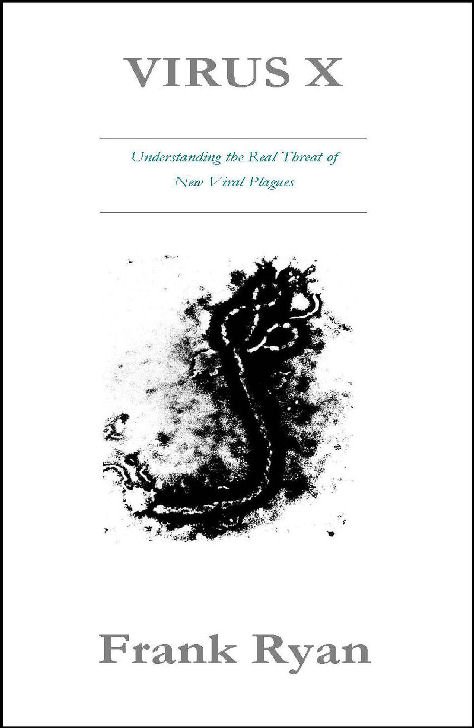