The Mysterious World of the Human Genome

How could a relatively simple chemical code give rise to the complexity of a human being? How could our human genome have evolved? And how does it actually work?

Over the past 50 years we have deciphered the inner workings of the human genome. From the basic structure of DNA through to the complete sequence of the code, what first appeared to be simple is actually a complex and beautiful three-dimensional world that makes each of us who we are.

In The Mysterious World of the Human Genome acclaimed science writer Frank Ryan leads us through the most exciting scientific discoveries of the last 50 years, revealing how this science has unlocked the cure of some genetic diseases, developed the use of DNA in forensic science and paternity testing, helped us trace our ancestors and provided a definitive map for the movement of humans out of Africa. This scientific journey has had a profound impact on our understanding of the evolution of life itself, through the role of the most ancient of organisms in our basic biology all the way to the revelation that our most recent ancestor, Homo neanderthalensis, lives on in many of us.

In the ever more complicated world of the human genome, this book explains how the human genome actually works as a whole and how that knowledge will have a profound effect on our understanding of where we have come from and where we are likely to be going in the future.

“Frank Ryan has written the ultimate DNA memoir. In a lively, entertaining voice, Ryan takes us back to a time when no one knew where our hereditary information was kept, and then he puts us on a rollicking ride to the present. On the way, we learn about the evolution of genomes, the genomes of our ancestors, epigenetics, how DNA works, and how although most DNA doesn’t code for proteins, this does not make it junk DNA. This is a great read for both nonscientists and scientists who had their biology classes more than ten years ago.” —Marc Zimmer, author of Illuminating Disease: An Introduction to Green Fluorescent Proteins

“A first-class introduction to one of the greatest scientific projects and discoveries of our time. On this informative, balanced, and truly exciting journey, we are taken through our inner biology and on to such important topics as our relationship to other members of our family tree. Well worth reading and well worth passing on to students.” —Michael Ruse, PhD, Lucyle T. Werkmeister Professor of Philosophy and director of the Program in the History and Philosophy of Science, Florida State University, and author of Defining Darwin: Essays on the History and Philosophy of Evolutionary Biology

“Frank Ryan’s fascinating book tells the story of our genome in an elegantly straightforward way that anyone can understand. Hop on board the magical train tracks of the chromosomes and enjoy!” —Barbara Oakley, PhD, author of Evil Genes: Why Rome Fell, Hitler Rose, Enron Failed, and My Sister Stole My Mother’s Boyfriend and A Mind for Numbers

PRAISE FOR THE UK EDITION:

“Ryan’s book should have a great appeal to non-scientists and could become a significant instrument in policy formation… Spellbinding, intellectually adventurous, difficult to put down.” –Nature “Extremely well written… Frank Ryan has the page-turning and spine-chilling ability of a good novelist.”   Matt Ridley, Sunday Telegraph 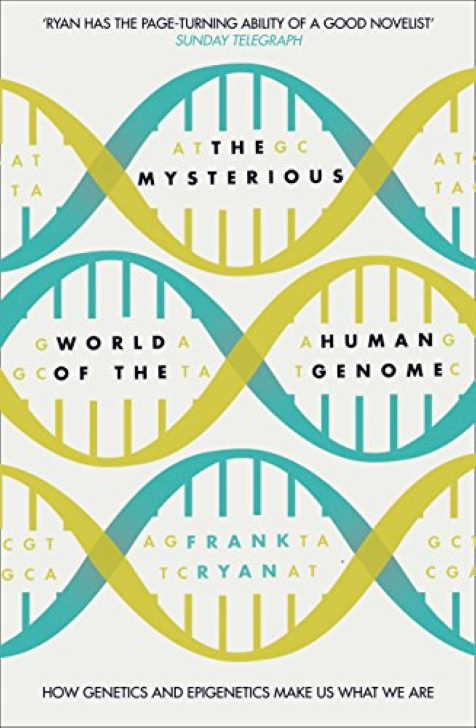